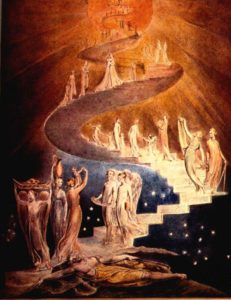 In Dante, the image of In Arce is also a reference to the stronghold of the mind, viewed as a citadel, and at other times, as a vessel.

InArceDantis, Accademia Dantesca per le Arti e lo Spettacolo, has the objective of making Dante Alighieri’s major work, the Divine Comedy, more easily accessible to the modern public, making use of Fine and  Performing Arts, and the spaces at Castello dei Conti Guidi, a site having close ties to the Poet’s life story, and one also ideally suited for all forms of the arts.

Toward this end, we feel it is necessary to combine the more traditional historical-philological reading with forms that have a more immediate impact, that are clear and compelling, including stage productions, projections, films, music, song, dance, the figurative arts, and–why not?–social events and video games.

The diffusion of the Divine Comedy must return to making use of the close connection between word and image: a link that is clear to the poets but one too often forgotten by cultural operators.

The visual and performing arts stand out as key instruments for recovering the exceptionally visionary nature of the Divine Comedy, offering a new approach to the poem, as a Gesamtkunstwerk, that is, a universal artwork containing within itself, even if only potentially, all forms of art.

For the realization of its goals, InArceDantis envisions accommodating and promoting a variety of cultural artistic events, even though not always strictly related to he Divine Comedy, provided they are inspired by contemporaneity, beauty, universality, peace, and respect for human rights.