The LIFE ON STAGE workshop is directed by Stefania Maggini, lasting six hours overall.
It is articulated into moments of acquisition of awareness, not only bodily, but also spatial, intellectual, emotional, and observational; of self-study, of work on attention, of exploratory utilization of the voice, and the search for the present, on stage and off.

Priority will be given to the formation of a united and harmonious group, able to communicate without words and capable of giving and receiving confidence.

Through the discovery of what it is that at this time most deeply moves each of the participants, the group arrives to the composition of a short scenic text, starting from improvisations and individual and group suggestions.

At the same time, emphasis is given to correct diction, how to move on the stage, and how to be convincing and believable, in action and in word.
Lastly, a specific effort is reserved for our encounter with Dante’s hendecasyllables in the Divine Comedy. 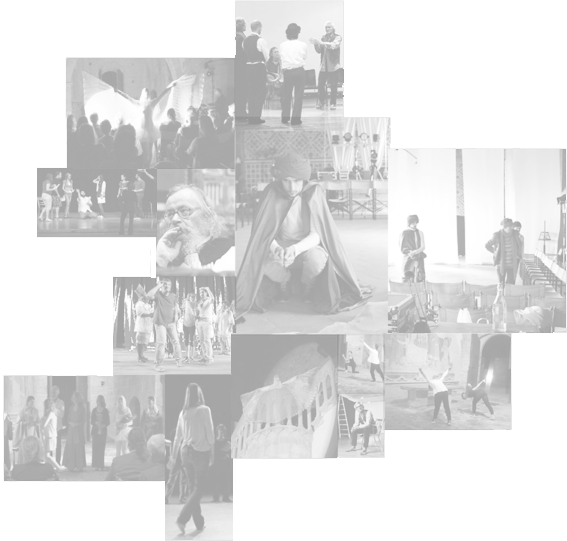 Suggested reading before coming to the workshop:

An Actor’s Work on a Role
K. S. Stanislavskij

At Work with Grotowski on Physical Actions
T. Richards

Only he is a good actor who is capable of remembering himself and of consciously playing his role.
G.I.Gurdjieff

We are always in a play, and the only way to escape is to be present.
R. E. Burton

It is not the comic or tragic role that makes the difference among actors, but the way the role is played.
R. Collin

Remember you are merely an actor in a play, which will be short or long, according to the author’s will. And if it pleases him for you to play the role of a beggar, seek to represent it appropriately. And equally well, if he has assigned you the part of a lame man, or a magistrate, or a common man. Yours is only to play the part you have been given, whatever that role is: to choose it is the task of another.
Epictetus

All the world’s a stage, And all the men and women merely players; They have their exits and their entrances, And one man in his time plays many parts,
W. Shakespeare

We are passing actors, conscious or not, upon the unconscious stage of the earth. When we are conscious actors, we are the eternal witnesses of the universe in expansion.
R. E. Burton

Suit the action to the word, the word to the action; with this special o’erstep not the modesty of nature: for any thing so overdone is from the purpose of playing, whose end, both at the first and now, was and is, to hold, as ’twere, the mirror up to nature; to show virtue her own feature, scorn her own image, and the very age and body of the time his form and pressure.
W. Shakespeare

A good actor never fully believes his character, while a bad actor throws himself body and soul into his performance so far as to get completely lost. … The better the actor, the less he identifies with his role. Apparent paradox: the less one is identified, the more deeply one is committed.
P. Brook